Tourism in the South was embraced rather reluctantly in the thirties as the means to salvation for decaying historic properties that, lovely as they were, had become well-nigh impossible for impoverished families to maintain. It started in Natchez, where gracious town hostesses confronted the worst-case scenario when a national garden club arrived to admire the ancient camellias just after they’d all been killed in an unexpected freeze, and so these resillient ladies instead donned hoop shirts and antebellum gowns, flung open the doors to the wealth of glorious Greek Revival private homes with which that city had been blessed, and were rewarded with such enthusiasm that a whole new industry was born.

Before long, Natchez’ neighbors to the south in the Feliciana Parishes of Louisiana took their own tentative steps toward sharing with the world their history and at the same time turning bottomless pits requiring endless repairs into self-supporting entities. In St. Francisville, the slim spinster Bowman sisters of Rosedown Plantation--Miss Nina, Miss Bella and Miss Sarah--had struggled a lifetime to keep up the 1830’s columned home and the 28 acres of overgrown formal gardens surrounding it. In the thirties, still without electricity or running water, they allowed a few outside visitors in to revel at the fine furnishings and priceless objets d’art amidst the peeling paint and falling plaster. If visitors asked, the sisters would permit them to purchase a few postcards, but only if they asked. Poverty in these old houses was pressing, but properly genteel.

When Dr. and Mrs. Lewis restored the immense French Gothic chateau called Afton Villa just up the road from Rosedown, with an oak allee just as impressive, they too put the emphasis on gracious southern hospitality. Everything about Afton Villa was extravagant, from the intricate wood carvings to the stained glass windows, from Dresden china doorknobs to marble and plaster work of the highest quality, with towers and turrets, galleries and balconies and cathedral windows. For such an extravaganza, the welcome had to be just as extravagant. 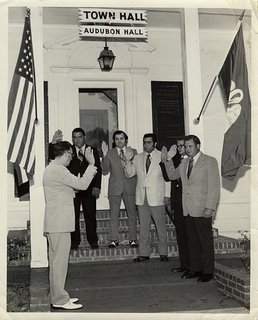 This was tourism with a touch of tastefulness that began roadside right at the entrance to Afton Villa, where Uncle John White, formally outfitted in top hat and tails, saluted each and every car that passed along Highway 61 with a deep bow, removing his top hat with a flourish, a fitting welcome back to the days of antebellum splendor. His wife Aunt Shug made pralines for the tourists, and Uncle John was a much-loved fixture for regular travellers on Highway 61, which fortunately for him in the thirties and forties was not quite so heavily trafficked. When he was struck and killed by a car in 1946, his replacement did his best to fill his top hat and tails with similar elan.

Now, some 75 years later, the St. Francisville area has finally found another high-impact host who welcomes visitors with just as much enthusiasm, and that is longtime Mayor William J. D’Aquilla. His office door is always open to visitors, and he goes to great pains to make sure they appreciate all the area has to offer and don’t miss a thing. In this area of great 19th-century cotton plantations, the mayor’s cotton patch is measured in feet rather than acres, but in addition to overseeing finances and infrastructure, he insists upon maintaining a few growing plants behind Town Hall so that visitors can see samples of the area’s most important early cash crop.

Jovial Billy D’Aquilla was elected to the St. Francisville City Council in 1972 and served 12 years, 8 of them as Mayor Pro Temp. In 1984 he ran for mayor and was elected; in the two decades since then, he’s been returned to office every four years without opposition. Why? Because Billy D’Aquilla absolutely loves his town.

St. Francisville sits high atop a bluff overlooking the Mississippi River and was actually begun as a burial ground, the Capuchin friars from French Pointe Coupee Parish crossing the river to inter their dead on lands safe from the floodwaters. By 1807 the town of St. Francisville was chartered, its name taken from the patron saint of the monks and its development plotted along a narrow loessial finger ridge restricting development to a single main street and short side street, so that it was called “the town two miles long and two yards wide.” In the rolling hills of the surrounding countryside, immense plantations were established to grow cotton, and St. Francisville served as the commercial and cultural center supplying their needs, the countryfolk piling into town on Saturdays by the wagonload to stock up on goods and merchandise not produced on the farms.

The town is filled with significant 19th-century structures and is listed in its entirety on the National Register of Historic Places. Today, the Historic District of St. Francisville manages to walk a fine line, maintaining its historic character hand-in-hand with present-day economic viability, thanks to sensitive preservation regulations and an enthusiastic Main Street Program overseen by the mayor to provide facelift grants, guidance and encouragement. This downtown area is very much alive, in fact the center of life in the community, with a pleasing variety of quaint little shops and popular restaurants occupying some historic structures, and others serving as homes for lively young families who enjoy strolling along the brick sidewalks and greeting neighbors catching the breeze on raised galleries dripping with Victorian trim. 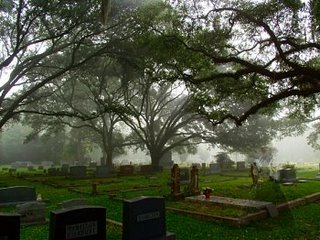 No wonder Mayor Billy D’Aquilla absolutely loves his job. It has given him the opportunity to balance preservation with progress in a sensitive way, effecting necessary modern improvements while appreciating and enhancing the best of the past. He has presided over progressive improvements like a new 500,000-gallon water tower, new fire trucks and sewage system, ball fields, and enhanced tourism promotion for the entire area with special downtown family-fun events and funding for advertising. In doing so, he has won the respect of his peers and been elected to a number of prestigious positions in the state municipal association and other professional oarganizations.

He’s most proud of the downtown development plan, to be implemented in stages, that created a lovely oak-shaded park with bandstand gazebo in the center of downtown, public restrooms and bricked sidewalks, and will culminate in a riverwalk to capitalize on a wasted resource, the town’s riverside entrance. With his infectious enthusiasm he has managed to forge some community coalitions hitherto considered impossible, getting various factions to agree to work toward common goals for the good of the community. No wonder he is the genial spokesman most often called upon to tout town activities on the early morning television shows, even the drive to Baton Rouge in the dark not dampening his enthusiasm. 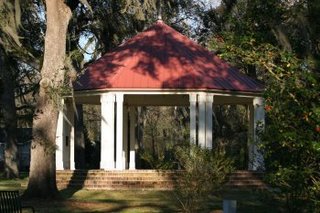 And besides all that, as daylight breaks on pilgrimage mornings Mayor Billy D’Aquilla is just as likely to be out on the town tractor manicuring the grass before visitors arrive for the spring historic home tour, and when parades like the fun ones at Christmas in the Country or The Day The War Stopped are over he’s right out there with the town workcrew picking up the trash so that his town can put its best face forward for the next visitors, and the next, and the next. Did we mention Mayor D’Aquilla just loves his job?

Not that it’s hard to promote the St. Francisville area, for besides the picturesque little 19th-century rivertown, the surrounding area is filled with superb tourism opportunities. Located on US Highway 61 on the Mississippi River between Baton Rouge, LA, and Natchez, MS, the area is a year-round tourist destination, with six historic plantations--Rosedown and Audubon State Historic Sites, Butler Greenwood, the Myrtles, the Cottage and Greenwood--open for daily tours, Catalpa Plantation open by reservation and Afton Villa Gardens open seasonally. Eclectic shops fill restored 19th-century structures throughout historic downtown and the surrounding area, and there is a nice variety of small restaurants, several remarkably upscale. Some of the state's best Bed and Breakfasts offer overnight accommodations ranging from golf clubs and lakeside resorts to historic townhouses and country plantations; a modern motel has facilities to accommodate busloads. The scenic unspoiled Tunica Hills region surrounding St. Francisville offers excellent biking, hiking, fishing, birding, horseback riding and other recreational activities. For online coverage of tourist facilities, attractions and events in the St. Francisville area, www.StFrancisville.us, www.StFrancisville.net, or www.StFrancisvilleOvernight.com; or telephone (225) 635-4224 or 635-3873.