Writers and Readers Flock to St. Francisville in February
By Anne Butler

A mecca for creative souls ever since John James Audubon painted dozens of his Birds of America studies in the St. Francisville area in 1821, this little rivertown now harbors artists, musicians, designers, authors, and even talented rock painters who relish its peaceful atmosphere and stimulating environs. And for the past ten years the slow cold month of February has been enlivened by the Writers & Readers Symposium, now sponsored by A Celebration of Literature and Art, that draws interested readers and writers from a wide area to hear published authors of all genres speak about their creative processes and mingle with enthusiastic fans. This year’s symposium is slated for February 18 from 8:30 a.m. to 3 p.m. at beautiful Hemingbough Conference Center just south of St. Francisville, LA. Sure to be a popular addition is a separate but related Writers Retreat.

Born in Missouri, raised in Nebraska, resident of San Francisco and then Rome for many years, award-winning novelist Deborah Johnson lives in Mississippi now, setting for her riveting novels The Secret of Magic and The Air Between Us, which won the Mississippi Library Association Award for Fiction for its insightful take on human nature and endearing cast of characters. The Secret of Magic won the 2015 Harper Lee Prize for Legal Fiction and was a finalist for the Earnest J. Gaines Award for Literary Excellence. Johnson found inspiration for this book while researching the United States’ first African-American Supreme Court justiceThurgood Marshall and one of his NAACP Legal Defense Fund’s first civil rights causes of the postwar era, a black veteran purposefully blinded when a policeman used a billy club to punch out both of his eyes. 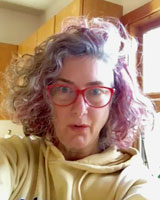 Melissa Delbridge, recently retired as archivist at Duke, is the author of the witty and wise Family Bible, called “a gritty coming-of-age story set on the banks of the Black Warrior River in Tuscaloosa, Alabama, with everything one expects of the Deep South: incest (some willing, some not), guns, bourbon, insanity, Jesus, fast women, cheating men. But Melissa Delbridge explodes and exploits these clichés into something startling and new, and in spite of the horror aroused by some events, it’s a hell of a fun ride. Delbridge’s ability to bring such joy to her readers through narratives that contain so much quiet sorrow is a true testament to her understanding of what it means to persevere.” Said another reviewer, “Reading it was like going to a reunion. Family Bible took me home.” 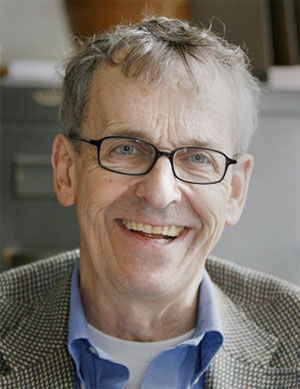 Also presenting at the Writers and Readers Symposium will be Louisiana’s current Poet Laureate Peter Cooley, Midwest native with a doctorate in Modern Letters from the University of Iowa (his Writers’ Workshop dissertation was a book of his own poetry) who has lived for a number of years in New Orleans, where he is Director of Creative Writing at Tulane University. His poems have been published in more than 100 anthologies and over 700 magazines. His nine books of poetry include Divine Margins, A Place Made of Starlight, The Astonished Hours, and most recently Night Bus to the Afterlife dealing with Hurricane Katrina. Besides having taught at universities across this country and abroad, he has also had the challenging opportunity to present writing workshops “in a mental hospital, a prison, in pre-schools, grade schools, high schools, and to the elderly, the socially disadvantaged, and the illiterate.” If he can hold the attention of such diverse audiences, surely he can captivate a group of rapt readers and writers anxious to hear about his meticulous approach to his demanding craft.

Back by popular demand for the Writers and Readers Symposium is award-winning journalist and accomplished author Rheta Grimsley Johnson, who has covered the South in all its glory for four decades. Following years as an intrepid reporter for newspapers both large and small in iconic southern locales like Birmingham, Memphis and Atlanta, Johnson began writing columns syndicated nationally to hundreds of papers including the Advocate, columns celebrating what Encyclopedia Alabama calls “seemingly average southern people whose stories she elevates to the universal.” It is precisely this fond look at our foibles and fascinating off-the-wall places and people that won Johnson the Ernie Pyle Memorial Award for human interest reporting as well as the American Society of Newspaper Editors’ Distinguished Writing Award. She was a finalist for the Pulitzer Prize for Commentary in 1991.

Johnson also writes books. In 1989 she published Good Grief, The Story of Charles M. Schulz, the authorized biography of the creator of “Peanuts.” Other published books, moving memoirs of life with husbands, dogs, and assorted other characters, include Poor Man’s Provence: Finding Myself in Cajun Louisiana; Dogs Buried Over the Bridge; Hank Hung The Moon and Warmed our Cold, Cold Hearts; and Enchanted Evening Barbie and the Second Coming. The titles alone promise warm and witty and sometimes heartbreaking recollections of experiences that resonate with readers who grew up in the South. We know those people. We ARE those people! And Johnson vividly captures a time and place to which we can all relate, for she sees beyond the surface to the very soul, with love and laughter and, yes, more than a few tears. On those rare occasions when she turns her searing glance to contentious contemporary issues, her columns are cut-to-the-bone honest, like it or not. Johnson and her handsome husband Hines Hall, retired Auburn history professor, divide their time between Fishtrap Hollow and The Pass in Mississippi these days.

After individual author presentations, Writers and Readers Symposium participants are treated to lunch and homemade desserts, followed by a panel discussion led by lively local writer/artist Carolyn Thornton. Tickets for the symposium, $55 in advance or $65 at the door, are available online at www.brownpapertickets.com or through OLLI at LSU. For additional information, contact oliviapass@bellsouth.net.

Those participating in the Writers Retreat (preregistration required; separate fee) led by Rheta Grimsley Johnson, a workshop welcoming both fiction and nonfiction authors including beginners, will get together for a wine and cheese reception at Hemingbough on February 18 from 5 to 7 p.m., then enjoy both breakfast and lunch during the actual workshop February 19 from 9 a.m. to 4 p.m.

Located on US Highway 61 on the Mississippi River between Baton Rouge, LA, and Natchez, MS, the St. Francisville area is a year-round tourist destination. A number of splendidly restored plantation homes are open for tours: The Cottage Plantation (weekends), Myrtles Plantation, Greenwood Plantation, plus Catalpa Plantation by reservation; Afton Villa Gardens and Imahara’s Botanical Garden are open in season and are both spectacular.

Particularly important to tourism in the area are its two significant state historic sites, Rosedown Plantation and Oakley Plantation in the Audubon state site, which offer periodic living-history demonstrations to allow visitors to experience 19th-century plantation life and customs (state budget constraints have unfortunately shuttered Oakley Monday and Tuesday). In January Oakley features programs called “12th Night Tea” for mothers and daughters on January 7th (preregister by calling 225-635-3739), and “Breaking the Chains” on January 14th, an examination of the 1811 Louisiana slave rebellion plus a look at slavery on this particular plantation. Rosedown Plantation State Historic Site from January 9 through January 22 presents a special well-researched slant to its house tours debunking the inaccurate myths repeated all too often on historic home tours.

The St. Francisville area is a year-round tourist destination. The nearby Tunica Hills region offers unmatched recreational activities in its unspoiled wilderness areas—hiking, biking and especially bicycle racing due to the challenging terrain, birding, photography, hunting, and kayaking on Bayou Sara. There are unique art galleries plus specialty and antiques shops, many in restored historic structures, and some nice restaurants throughout the St. Francisville area serving everything from ethnic cuisine to seafood and classic Louisiana favorites. For overnight stays, the area offers some of the state’s most popular Bed & Breakfasts, including historic plantations, lakeside clubhouses and beautiful townhouses right in the middle of St. Francisville’s extensive National Register-listed historic district, and there are also modern motel accommodations for large bus groups.